Greater Cincinnati Teen Set to Soar as One of
the Nation’s First Female Eagle Scouts! 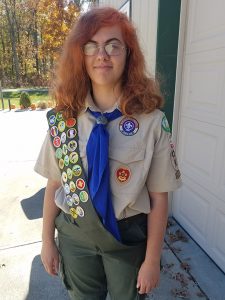 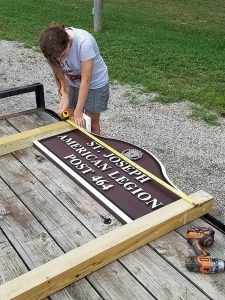 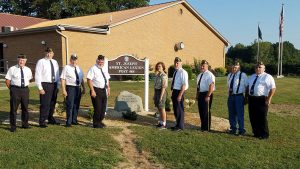 CINCINNATI, OH (FEBRUARY 2021) – Greater Cincinnati teen Renee Bauer, of Troop 1974 chartered by West Chester Nazarene Church, made history on January 13, 2021 when she became one of the nation’s first female Eagle Scouts – a prestigious achievement attained by some of the country’s most noteworthy figures. Renee Bauer is among hundreds of young women who will make up the Inaugural Class of female Eagle Scouts.

“Earning the rank of Eagle Scout takes hard work and perseverance, and we are honored to recognize Renee for this significant accomplishment,” said Andrew Zahn, Scout Executive/CEO of the Dan Beard Council. “Along the journey to Eagle Scout, young people gain new skills, learn to overcome obstacles and demonstrate leadership among their peers and in their communities. These benefits are invaluable for everyone, and we are thrilled that they are now available to even more local youth here in the Greater Cincinnati and Northern Kentucky area.”

Young women have been part of Scouting for decades in co-ed programs offered by the Boy Scouts of America (BSA), including Sea Scouts, Venturing, Exploring and STEM Scouts. In a move to help serve the entire family, the BSA expanded that legacy further by welcoming young women into Cub Scouts and Scouts BSA last February. Scouts BSA is the program for youth ages 11 to 17 previously known as Boy Scouts. Since then, tens of thousands of young women throughout Greater Cincinnati and Northern Kentucky, and across the country, have joined the organization’s most iconic program with many, including Renee Bauer, working their way toward the rank of Eagle Scout.

Eagle Scout is the program’s highest rank, which only about 6% of Scouts achieve on average. To earn it, an individual has to take on leadership roles within their troop and their community; earn a minimum of 21 merit badges that cover a broad range of topics including first aid and safety, civics, business and the environment; and they must research, organize and complete a large community service project.

Renee completed her Eagle Scout project at the St. Joseph American Legion, Post 464, in Brookville, Indiana. She identified a lack of on-road signage for this Post in her community and she used this inspiration to form a proposal. Once approved, she then sourced materials, added lighting, and obtained an engraved rock honoring all those who served. She also included landscaping by the Post’s front entrance by adding greenery and rocks to showcase the sign. The project was dedicated with members of the American Legion and Renee on September 11, 2020.

In addition to gaining skills that last a lifetime, individuals who earn the esteemed Eagle Scout rank can reference it for academic, vocational, and military recognition, including scholarships and advanced enlistment grade. Join the Boy Scouts of America for their “Be the Change” virtual celebration of service, leadership and the groundbreaking accomplishments of the first female Eagle Scouts held on Sunday, February 21, 2021 at 8pm ET held on Facebook Live and YouTube. Click here for details.