One of the oldest Scout camps in the country, Camp Friedlander has a long history of providing great Scouting programs. Opened on June 23, 1919, summer camp was held here for the first time that summer and the camp was officially dedicated on August 23, 1919.

Forty-one acres of land were purchased and donated by Mr. Edgar J. Friedlander to the Cincinnati Council (later to become Dan Beard Council). After strong pressure to convince him of it, the camp was named after Mr. Friedlander in his honor. In 1923, Mr. Friedlander donated an additional 35 acres and several facilities, including a Dining Hall. As council president for twenty years, Mr. Friedlander help build the foundations for a strong Scouting program in Cincinnati and became the council’s first recipient of the Silver Beaver Award. His good works stretched outside of Scouting and he serves in many community roles, becoming one of the great philanthropists in the Cincinnati history books.

Camp Friedlander operated as a Boy Scout summer camp until the 1970’s. For the next 30 years, it offered a Cub Scout camp with modest facilities. In 1998, the council embarked upon the “Right Direction” capital campaign to reopen Camp Friedlander as a Boy Scout camp with the vision of having the most modern camp facilities in the country. That same year, the dining hall and Eagle’s Nest burned down due to arson, and the Trailblazer shelter and a replica of the Eagle’s Nest was built in its place (with the original chimney). Over the next four years, construction of the camp took place, including the excavation of the 18-acre Lake Marge Unnewehr Schott, the creation of additional campsites and renovating of others, and the raising of the impressive dining hall. The camp was reopened in 2002 as a the new Camp Friedlander Boy Scout Camp and has been operating as a premier destination for Scouts ever since.

In early 1929, Mr. Henry C. Yeiser Jr. purchased 300 acres of farmland near Camp Friedlander. The land was donated to the then Cincinnati Council in 1934. The original name of the camp was Ye Lo He, with Ye standing for Yesier, Lo standing for Louis (Henry’s wife) and He for Henry. In 1936, the name was officially changed to Camp Craig Yeiser in memory of Henry Yeiser’s son, who died at the age of 18 from pneumonia. Sometime over the next ten years, the name was shortened to Camp Craig. The Yeiser family donated additional land and improvements over the years. Eleven acres were lost in 1971 due to the construction of I-275 and additional land was donated to a local conservancy group in 2003.

At one time, Camp Craig was divided into two camps, Camp Upper Craig and Camp Lower Craig. Upper Craig was the area now known simply as Camp Craig and included the program building, the pool, two activity shelters, and 7 campsites (including Redbud and Seven Ridges, which are now Friendship and Krieg at Camp Friedlander), the spider shelter now used as the COPE shelter at Camp Friedlander, and the area around and including Lake Slavin. When Camp Friedlander was re-opened in 2002, much of this area was absorbed into the new camp. Lower Craig, including the area that was to become Cub World, was a series of six fields along the banks of the Little Miami River. This area was very popular for weekend camping, district camporees, and council events. It was also the home of Peterloon after it was moved from the Peterloon Farm in Montgomery. When Cub World was built, two of the fields became the Cub World camp proper, and the rest became known as the “Peterloon fields.”

Although the Camp Craig area has changed quite a bit over the years, many folks still refer to today’s Camp Craig as Upper Craig, and call Cub World and the Peterloon fields Lower Craig. 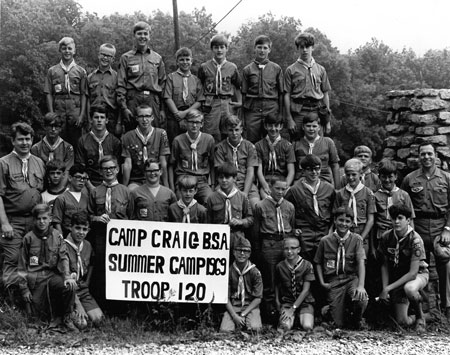 After many years as a Cub Scout resident camp, Camp Friedlander was closed after the summer of 1999 to re-build the camp as a Boy Scout camp. Prior to that, the two westernmost fields of Lower Craig were built into Cub World. The camp was designed to be the premier Cub Scout camping facility in the country, a title that is still rivaled today. With the vision that each camp area should have it’s own theme and level of camping challenge, the Fort, Castle, Mountain Man Village, and Miner’s Camp were built. The camp opened for its first summer in 2000 and operated at half-capacity in order to test the infrastructure. It was dedicated in the summer of 2000, with Marge Schott herself, along with several Cub Scouts, cutting the ribbon that marked the opening of the camp. 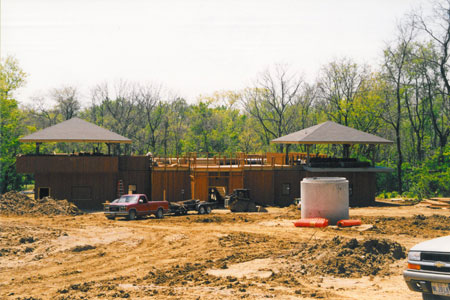 In 2007, 70 additional acres were purchased as part of the “Inspiring Achievements” capital campaign. This property added additional land to the back-country on the north side of Gunpowder Creek and finally gave vehicle access to the far side of the creek via a county road.