Mason, OH – Mason Early Childhood Center has a newly revitalized courtyard with a new outdoor sensory path courtesy of Dan Beard Council, Boy Scouts of America Scout, Adam W., from Troop 750 of Heritage Presbyterian Church in Mason, Ohio with over 1,200 volunteer hours. Ever since Adam helped out with a neighbor’s Eagle Scout project back in 2013 at another Mason school, Adam has wanted to create a project for the school kids to enjoy. Adam wrote a grant proposal to receive $4,000 grant from the Mason Schools Foundation to fund the majority of the project.  Adam used some of his own money along with other donations from family and friends to pay for the rest of the project.

After carrying over 4 tons of sand, rocks and cement, 3,500 square feet of astroturf, and 4,000 square feet of landscaping barrier through the hallways of the school, Adam was able to transform a muddy, weed-ridden, neglected inner courtyard into a colorful, inviting area. Adam created an astroturfed area that includes a 10-station sensory path, outdoor seating, butterfly garden, rock garden and new Tether Ball game. Adam led a group of Scouts that spend over 500 hours in the clean-up and construction of the courtyard, plus another 750 hours of planning and transporting materials.

Last year after a rain shower, the students would have to walk the hallways for recess, and now they can immediately use the astroturfed area to play outside for recess. The stations Adam created are:

Adam also created a Rock Garden in the courtyard which includes an interchangeable sign and an “i-Spy” game that anyone can play by finding different things within the garden such as gold rocks, rock flowers, a rock shark and more. Since mulch was not a safe option for students, Adam decided to put orange “hot lava” rocks to try and keep the students out of the rock garden without the teacher’s permission. He even included blank rocks for students to use in Art class. Adam put a lot of thought into this Rock garden, even the areas around it. He planted milkweed in the painted cinder-blocks so the grades in this school (K-2) can study the Monarch butterfly and its migration. The students are taught about milkweed as the primary food for those butterflies. To reduce maintenance of the area, he put down a double layer of weed barrier in the whole area. He even put benches, made out of recycled tires that were donated by Firestone AutoCare, for kids to read around the rock garden.

In order to prepare this space for the new school year, Adam held an “Open House” to teach the teachers and aides about the new area and named the courtyard, the MECC Moves Courtyard. He even brought Rice Krispies and gave any teacher that went through the Sensory Path a Rice Krispy treat. About a week after school started, one of the teachers posted a video of her students using the area. Adam and his family proudly watched the video together, and Adam had a giant smile on his face as he watched the students go through the different stations.

Great job Adam, and thank you for your service to the school and dedication to improving the community. 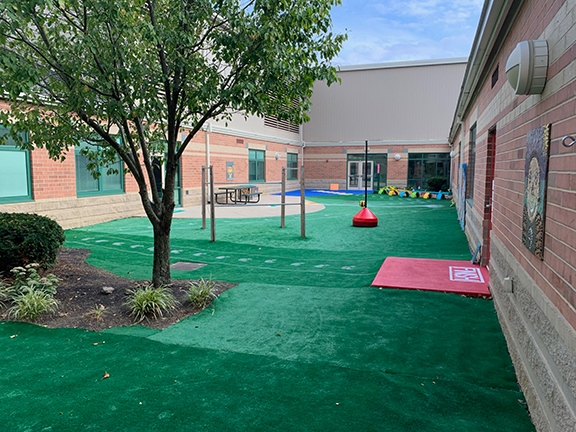 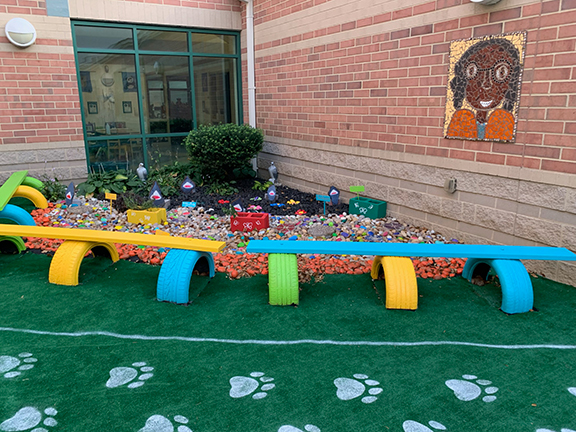 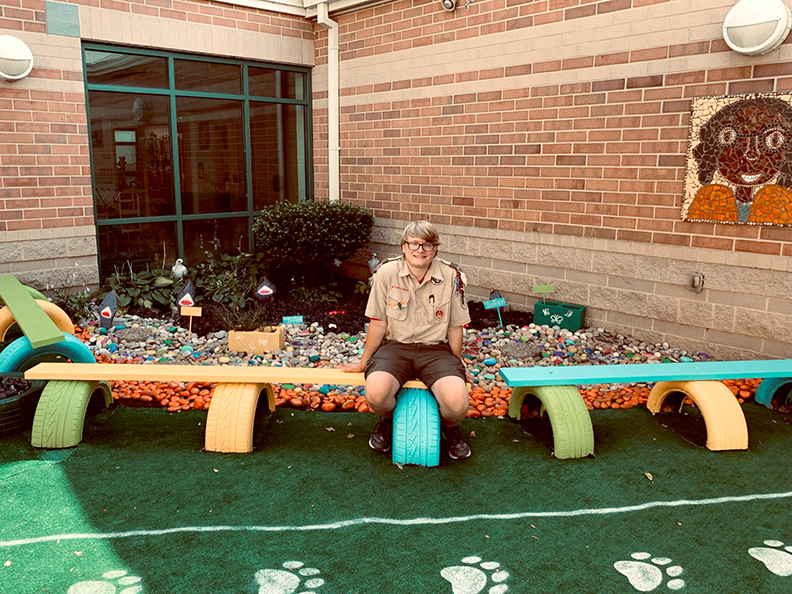 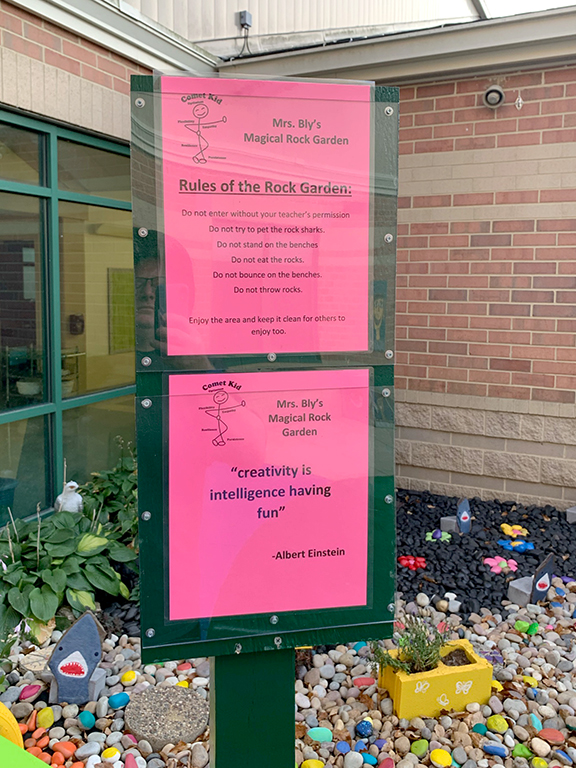 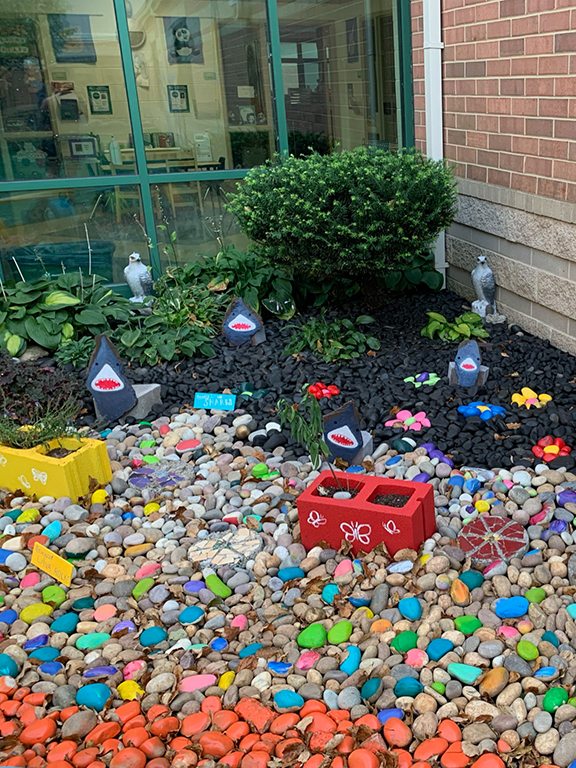 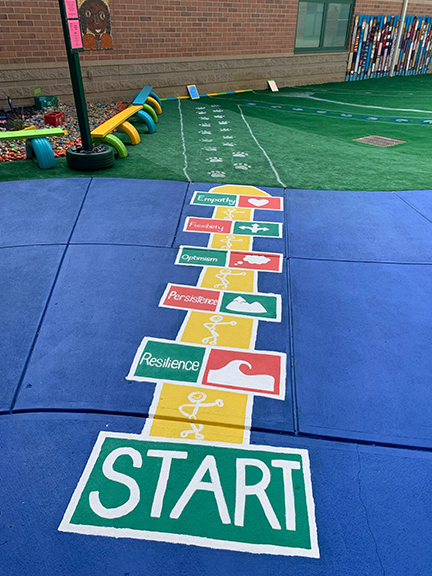 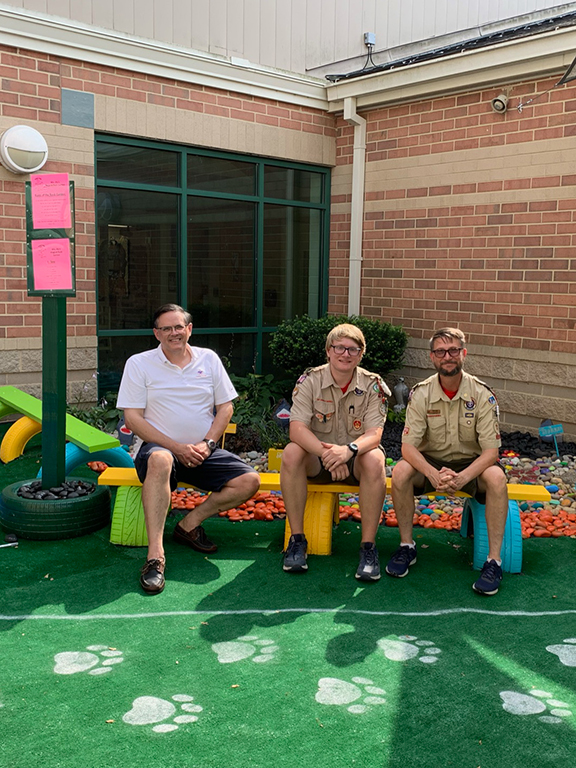 Have an Eagle Scout story you would love to share? Visit EagleShare or contact Julie Whitaker, Senior Marketing Executive, at julie.whitaker@scouting.org.