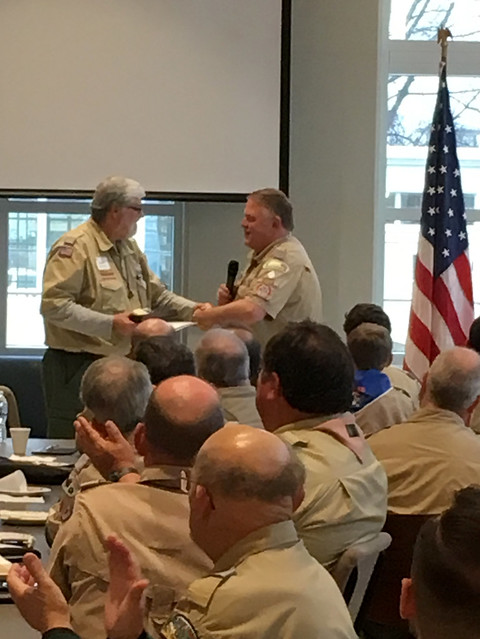 On Friday, March 16, 2018 the Dan Beard Council Board of Directors, Second Century Society and Eagle Patrol members welcomed Charles W. Dahlquist II, the 10th National Commissioner of the Boy Scouts of America, to our great council. This celebration took place in Covington, Kentucky at the Boyhood Home of Daniel Carter Beard.

Throughout the evening guests were encouraged to explore the home and take in some of the wonderfully preserved Dan Beard  memorabilia collected by the homes owners Marc and Lisa Hult. The Hults, were gracious enough to not only open their private residence to the Dan Beard Council, but they also answered any questions about Beard’s childhood in the home, his career and his history in Scouting.