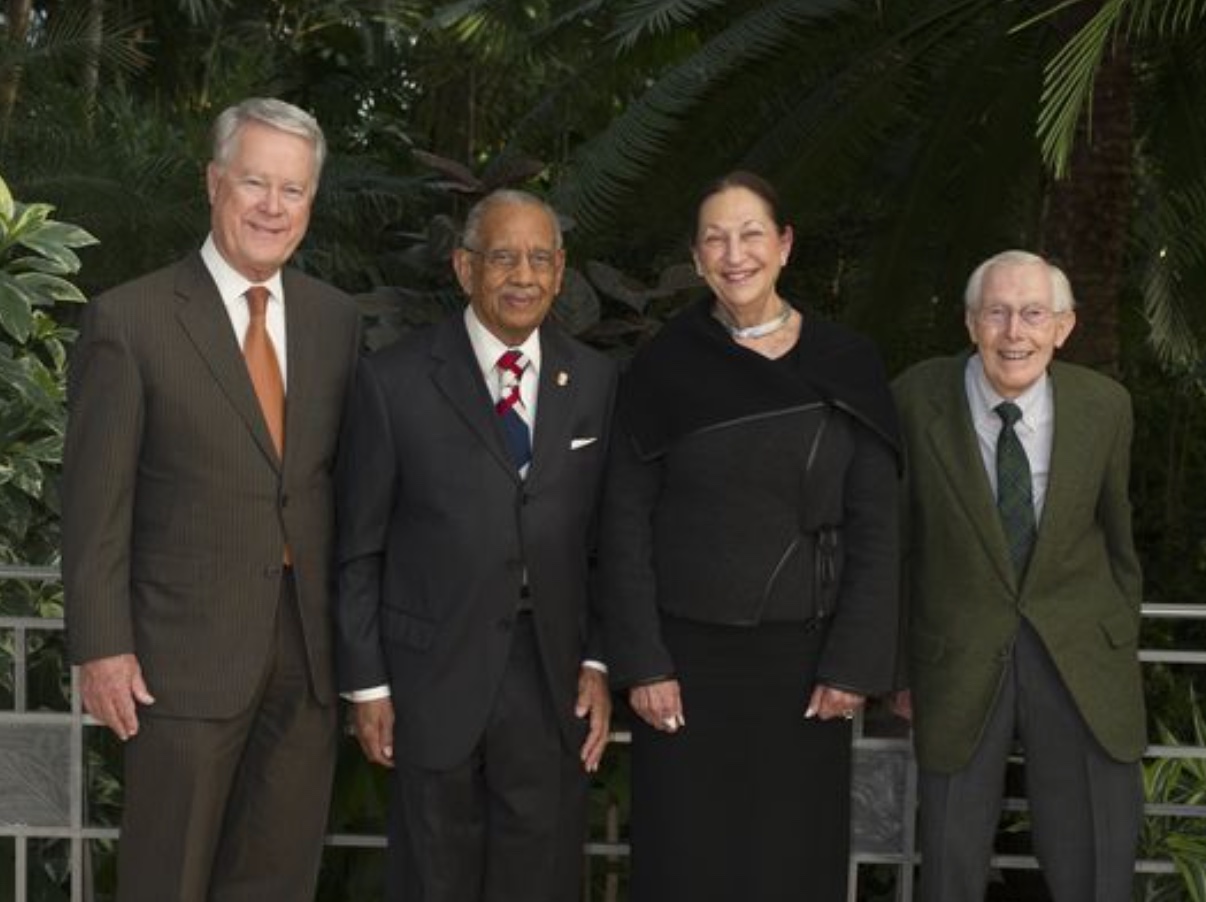 CINCINNATI, OH; November 21, 2017—Strategic advisor for Hilltop Basic Resources, Inc. and long-time Scouter, John F. Steele Sr., will be honored as one of four recipients in the 2018 class of Great Living Cincinnatians. The Cincinnati USA Regional Chamber has presented the Great Living Cincinnatian award annually since 1967. The four honorees will be installed at the 2018 chamber annual dinner at the Duke Energy Center on Feb. 22, 2018.

Steele grew up in Rochester, New York and lived there until age 16. As a youth, he earned the rank of Life Scout and throughout his life remained heavily involved in the Boy Scouts of America. In 2015, U.S. Sen. Rob Portman celebrated Steele’s commitment to scouting by presenting him the Honoree award at the Eagle Scout Court of Honor. Just after the beginning of World War II John Steele became a freshman at Dartmouth College. In 1942 he joined the Navy and spent roughly a year and a half in training as a Navy pilot. He later received his wings and commission as an ensign at Pensacola Naval Air Base in Florida.

Lt. j.g. John Steele served as a pilot on aircraft carriers during World War II. Beginning in 1944, he flew TBM Avengers, which were designed to launch torpedoes at the enemy. After the war, Steele returned to Dartmouth, graduating in 1948. During his tenure at Hilltop, John Steele aggressively expanded the business to market ready-mix concrete and aggregates in Ohio, Indiana, Kentucky and West Virginia, and the downtown Cincinnati plant. He and his team literally helped build Cincinnati as Hilltop worked on projects including Great American Ball Park, Paul Brown Stadium and Fort Washington Way.

Steele was married to Dorothy Conroy and had four children. After her death, he married Lela Emery, daughter of John J. Emery, recipient of the Greater Living Cincinnatian Award in 1967. Steele currently resides in Walnut Hills.

The 2018 honorees join over 140 previous awardees chosen by the chamber’s Senior Council for service to the community; business and civic attainment on a local, state, national or international level; leadership; awareness of the needs of others; and distinctive accomplishments that have brought favorable attention to their community, institution or organization. Table and individual reservations available now via cincinnatichamber.com/dinner or phone 513-579-3111

About the Dan Beard Council

The Dan Beard Council prepares more than 33,000 youth to make ethical and moral choices over their lifetimes by instilling in them the values of the Scout Oath and Scout Law. Scouting provides a program for young people that builds character, trains them in the responsibilities of participating citizenship, and develops personal fitness. Please visit www.danbeard.org for more information.