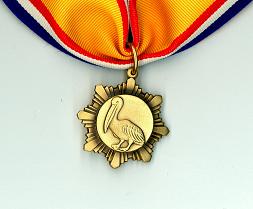 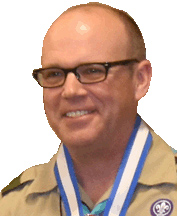 Eric Saddler was selected by the Archdiocese of Cincinnati to receive the Bronze Pelican Award. The Bronze Pelican is a diocese level award that according to the nomination form is “designed to recognize those individuals who are actively involved in youth ministry through Catholic Scouting. The candidate should have a strong history of support for the youth religious emblems programs, a strong history of involvement with Scouting under Catholic auspices, and have influenced the spiritual development of youth and scout unit alike.”

Eric has long been involved with the Catholic Committee on Scouting. He has been a counselor for both the Ad Altare Dei (Scouts BSA) and Pope Pius XII (Scouts BSA and Venturing) awards.  Eric currently serves as Scoutmaster of Troop 974 in West Chester, OH.  He is a member of St. Maximillian Kolbe Catholic Church in Liberty Twp. Eric and his wife Holly have 3 children, 2 of which are current members of the Scouting program.