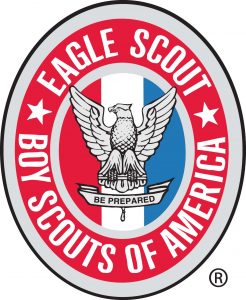 (FEBRUARY 5, 2020) The Boy Scouts of America (BSA) is one of the nation’s largest and most prominent values-based youth development organizations. Following their mission to “prepare young people to make ethical and moral choices over their lifetimes by instilling in them the values of the Scout Oath and Law,” the organization trains youth in responsible citizenship, character development and self-reliance through participation in a wide range of outdoor activities, educational programs and, at older age levels, career-oriented programs.

BSA’s highest rank is the Eagle Scout, a prestigious award that is widely recognized throughout the country, even by those who aren’t familiar with the requirements. The rank is based on accomplishing a set of standards, which include earning at least 21 merit badges and demonstrating Scout Spirit through the Scout Oath and Law, service and leadership. A key component of the Eagle path is planning, organizing, managing and leading an extensive service project.

Fifteen-year-old Caleb W., a sophomore at Lakota West High School, varsity-team swimmer and member of BSA Troop 990, in West Chester, Ohio, chose to support Faith Community United Methodist Church (FCUMC), which has sponsored Troop 990 since 1972, on his Eagle Scout Service Project. He produced 100 resurrection crosses to be placed on FCUMC worshipers’ yards so they can witness their faith during lent 2020. Crosses will be handed out on February 23, 2020.

From conception to execution, the project took nearly a year, starting with a prototype. Once it got approved, bulk materials were purchased, and production started. “This was the way I found to pay back to the church. In addition to this being my family’s church, FCUMC has hosted our meetings and supported our troop for so long,” Caleb says.

The project has taken over a hundred service-hours and engaged fellow troop members and leaders, friends and family. A third-generation Eagle Scout, Caleb says being part of Troop 990 has taught him a lot about leadership, which has been extremely helpful in school projects. It allowed him to experience a wide range of activities and develop friendships with other troop members.

Since its inception, in 1911, the Eagle rank has been earned by only 4% of scouts throughout the country. These scouts are presented with a medal and a badge that visibly recognizes their accomplishments. 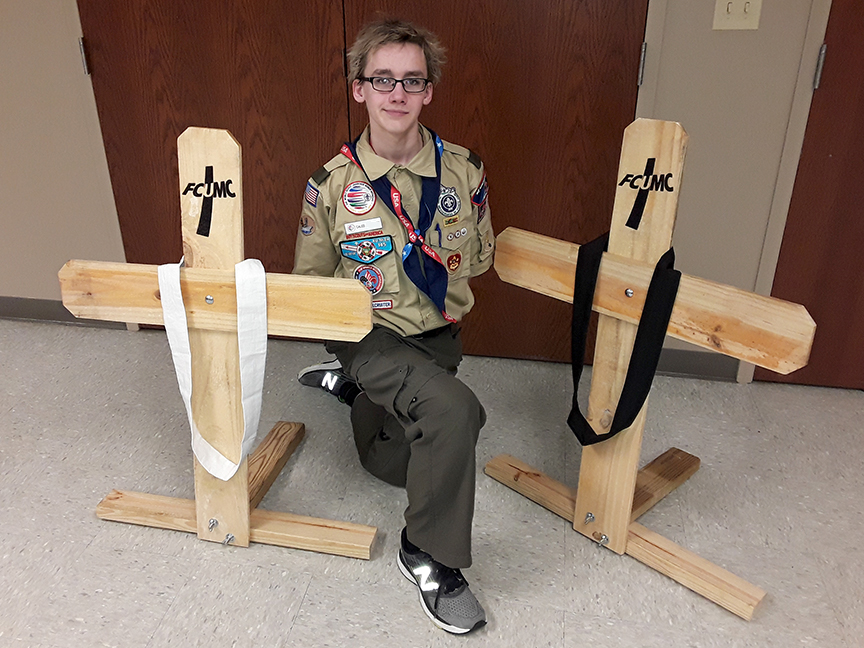 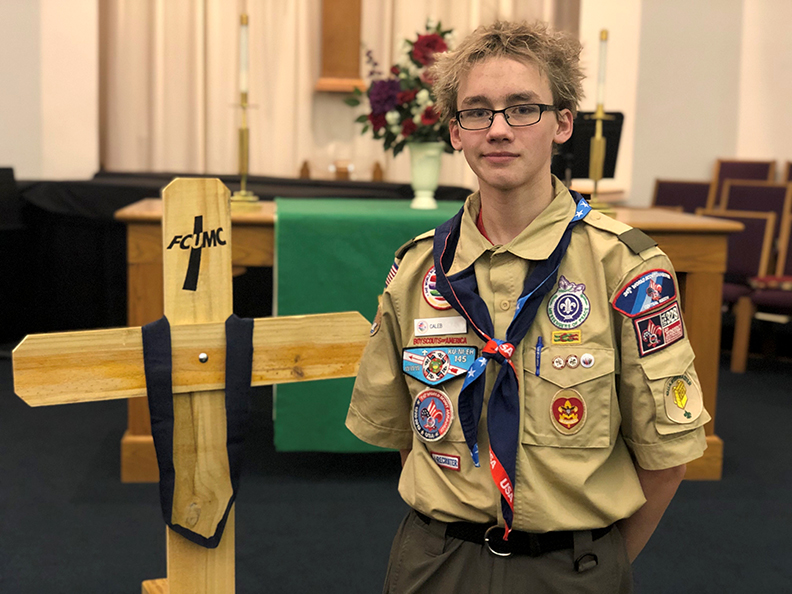 Eagle Scout Caleb W. with his Eagle Scout project of Resurrection Crosses which were distributed to the congregation of FCUMC.