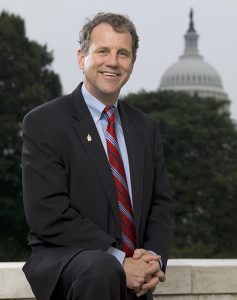 Date to be Determined

*This event has been postponed due to recent health and safety concerns. The postponed date and a new registration link will be posted when available.

Must be an Eagle Scout to attend.

The Dan Beard Council’s Eagle Scout Association is hosting the 2020 Gathering of Eagles Luncheon. The keynote speaker will be Distinguished Eagle Scout and U.S Senator Sherrod Brown. Sherrod Brown became an Eagle Scout in 1967 and received his Eagle Scout badge in a ceremony attended by U.S. Senator John Glenn in 1969. Glenn later escorted Brown for his Senate swearing-in in 2007 and 2013.

Sherrod is married to Pulitzer Prize-winning columnist Connie Schultz. They live in Cleveland, Ohio with their rescue dogs, Franklin and Walter, and have three daughters, a son, a daughter-in-law, three sons-in-law, and seven grandchildren.

Come to the event to learn what the local chapter has planned for the upcoming year, and to get to know other Eagle Scouts in the area.

The mission of the Eagle Scout Association is to inspire Eagle Scouts, regardless of age or position in life, to celebrate their accomplishments and their talents, compassion and convictions with the world through social interaction, community service and Scouting enrichment.

*Must be an Eagle Scout to attend.

ABOUT THE NATIONAL EAGLE SCOUT ASSOCIATION 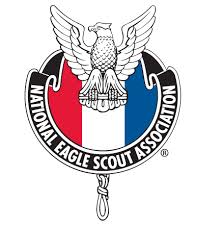 The National Eagle Scout Association (NESA) helps Eagle Scouts stay in touch with Scouting and hear positive stories about how Scouting transforms the lives of youth through developing their leadership skills, character, citizenship, and physical fitness. NESA is also an outlet for alumni to network and collaborate with one another, which may include increasing business connections and participating in service to the BSA or other organizations.

Questions? Please contact Sheri Greenlee at (513) 577-7681 or email at sheri.greenlee@scouting.org.